You are here: Home » search results » Financial Fluency Blog » Pensions – never in the news to never out of it!

Pensions – never in the news to never out of it! 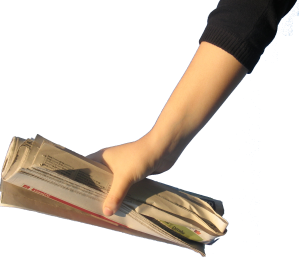 Pensions in the news

This is the first in a series of three articles about Pensions in the news.

Around thirty years ago the pensions world was relatively simple and rarely made the news.

There was a state scheme in place and many people additionally were members of Defined Benefit (DB) occupational schemes.

These pension schemes promised a certain level of final pension for as long as the pensioner lived based on final salary. The pension scheme member accrued a right to this pension with every year they worked for their sponsoring employer and were in the scheme.

The employer contributed to the pension and in many cases so did the member with these contributions being invested in order to pay out the final pension.

The contributions and investments received tax advantages but in order to gain these a trust usually had to be set up which meant the employer could not walk away from any deficits between the liability to pay pensions and the value of the investments.

This wasn’t generally a problem as investments had performed pretty well over long periods and so deficits were small or there were surpluses. Most investments made by pension schemes were low risk such as bonds and if higher growth was required then equities were invested in too but these increased the risk.

So what happened to get us to where we are today where pensions issues seem to be always in the news?

The story involves a number of factors which could be found in a best seller, major fraud, economic collapse, boardroom knee jerk reactions, public unrest, worrying hard luck stories and improvements in health and medical science.

One of the first major issues to really make people think about the safety of their pension schemes was a huge fraud. Robert Maxwell reportedly defrauded the Mirror Group pensioners of £450m and left 30,000 of them worrying about their financial futures when he died in November 1991.

Pension trustees and pensions professionals (such as auditors, actuaries and administrators) now had a duty to report breaches they uncovered to OPRA. This was a step forward but OPRA had limited powers and was reactive in nature, depending on receiving reports in order to instigate investigations.

In our next article we will look at the devastating changes made to Pension Schemes in 1997 by the then Chancellor Gordon Brown as well a major issue with Pension deficits which began to emerge. We’ll also touch on the impact on accounting standards on Pension Schemes.

You can read our second article on Pensions in the news here.